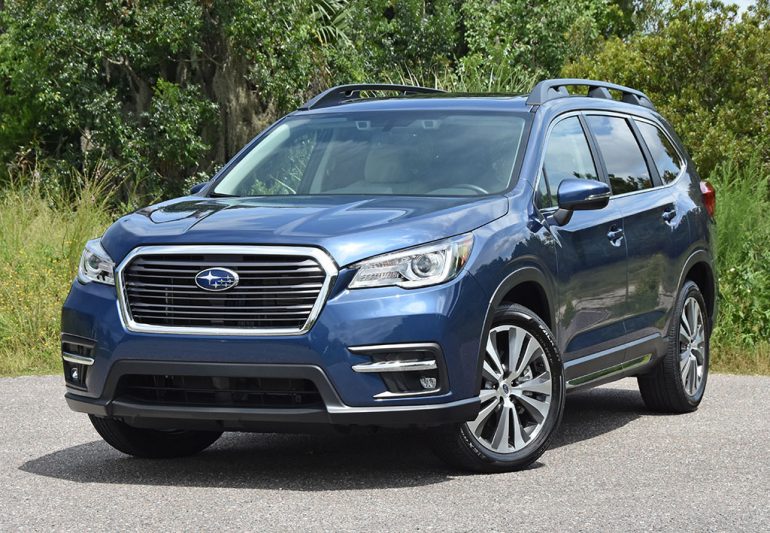 It’s rather obvious that CUVs/SUVs (crossover utility vehicles/sports utility vehicles) are a dominating force in the American culture today. All you have to do is visit a local grocery store and look at the parking lot or down the street of a suburb and you’ll see vehicles consist mostly of crossovers and trucks. Subaru has been one of the innovators of crossover utility vehicles but has retained the car-like appeal of such vehicles in the way they drive and are initially presented in their Sheetmetal. One vehicle from Subaru that has gained new attention is the Ascent, their surprising 3-row crossover that balances affordability and usability through a long list of available features.

For the 2021 model year, the Subaru Ascent remains mostly the same from its 2019 model year introduction only adding the steering-responsive LED headlights and a second and third-row seat-belt reminder as standard features. Otherwise, the Ascent brings a lot to the table for a three-row crossover and a new bundle of active safety features through Subaru’s latest EyeSight suite of driver aids, which now includes adaptive cruise control and lane-keeping assist as part of the package. 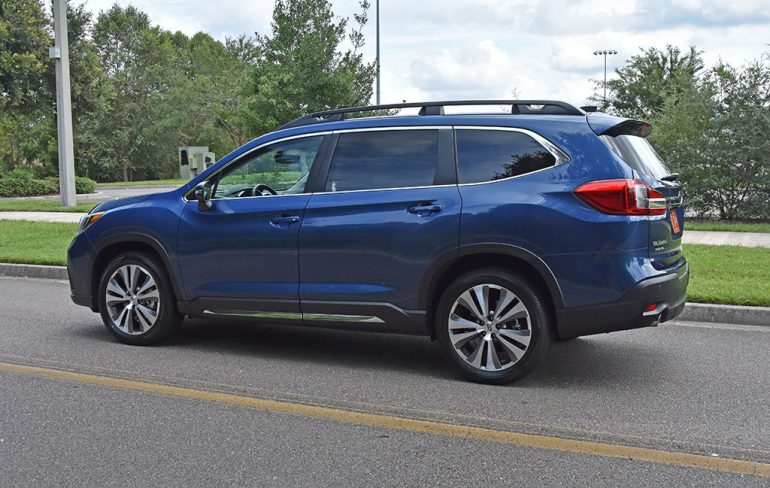 Powering the Subaru Ascent is left to one powertrain, a 2.4-liter turbocharged 4-cylinder boxer engine that gets mated to a CVT (Continuously Variable Transmission). The powertrain is decent for moving the Ascent along and its ability to hit 60 mph from a standstill in about 6.9 seconds. Here, the turbocharged engine is strong but is somewhat hindered by the CVT, which gives the drive an uneasy feeling with inconsistent power delivery. Basically, the power is lumpy due to the CVT where it attempts to often emulate a traditional automatic transmission that has gears with virtual gearing ratio drop-downs upon acceleration. The nearly endless ratio changes from the CVT force you to constantly modulate the throttle to keep a steady speed. Sometimes the lumpiness is frustrating, but you find ways to manage the power after you know what to expect. Overall, the Ascent rides good and plays on the idea of you piloting a much smaller vehicle than it is. Moreover, from the outside, the Ascent doesn’t look as big as it is on the inside, which is a good thing to give passengers plentiful space. 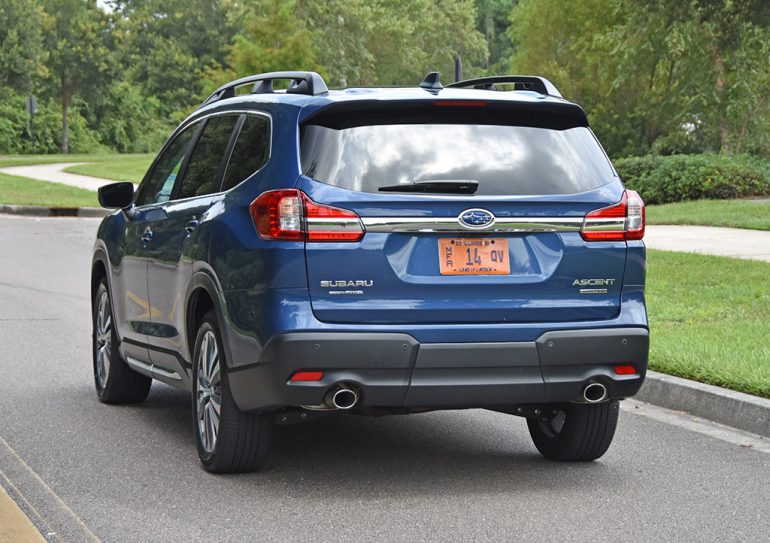 Out on the highway, there’s a bit of intrusive road noise and a bit of unwanted buzz from the engine under moderate acceleration. The fuel economy is consistent at best with the EPA estimates at 20 mpg city, 26 mpg highway, and 22 mpg combined. 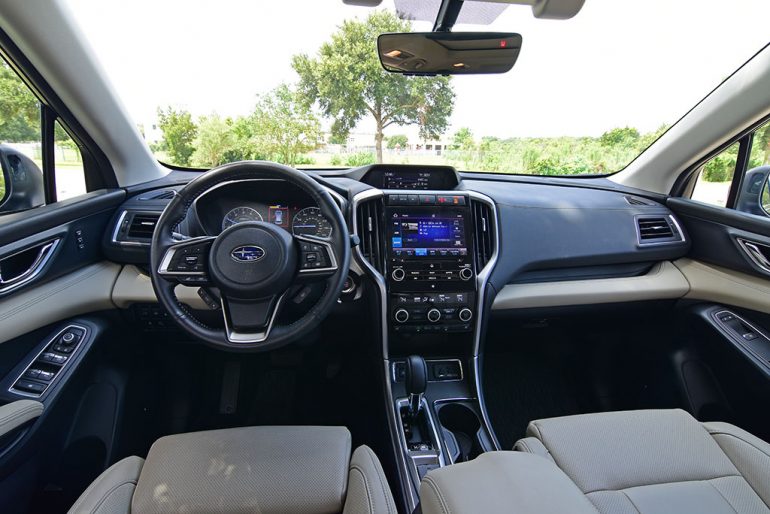 The interior room in the Ascent makes good use of its seating areas as a midsized three-row crossover. The configuration of my Ascent Limited trim makes for a 7-passenger vehicle with the second-row captain’s chairs, which have plentiful room. The third-row is rather tight on space for adults but is convenient for being in a quick pinch to tote three people out back. The cargo room is decent with the third-row folded down giving you 47.5 cubic feet but only provides 17.8 cubic feet behind the third-row. With both second and third-row folded you will get use of just over 87 cubic feet. Towing is rated at 5,000 pounds. 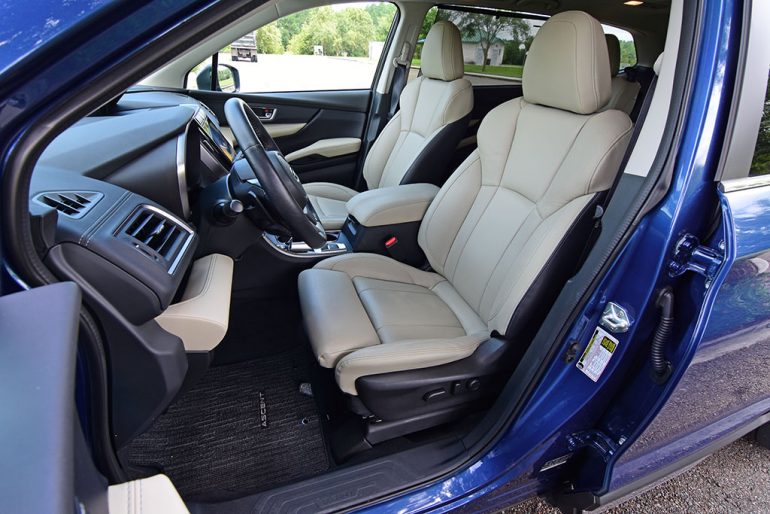 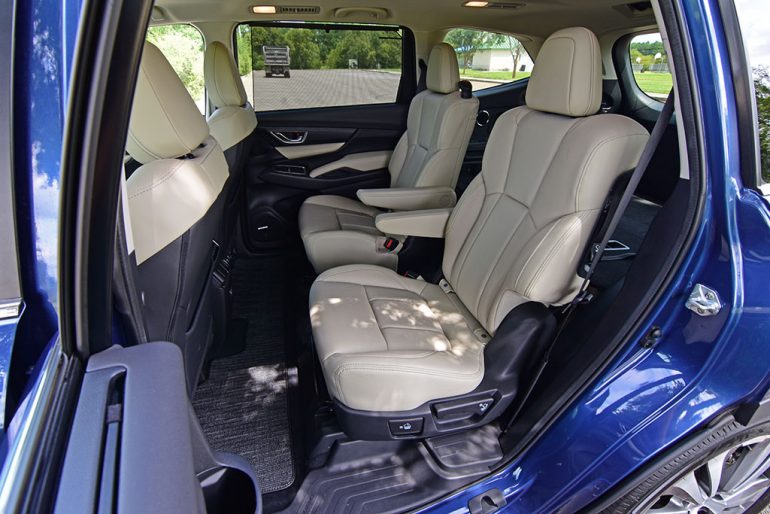 The infotainment system is mostly easy to use and straightforward. Thankfully, there are not many deeply hidden feature menus or settings, such as an auto start/stop system, which is void on the Ascent – Thanks Subaru! Other notable tech includes the customary information screen above the infotainment display that gives you usable vehicle data, including off-roading details and a clever X-MODE to aid in the Ascent’s off-roading ability taking full advantage of the Symmetrical all-wheel-drive system and enhancement of the CVT’s gear ratio suited for low friction surfaces. 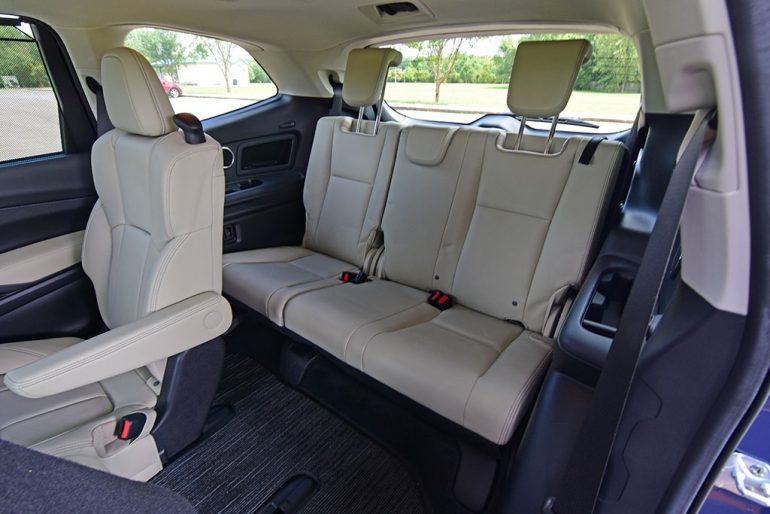 Where the Subaru Ascent really shines is through its value and a long list of features, including a suite of standard active safety features such as blind-spot monitors, lane-keep assist, lane-departure warning, adaptive cruise control, rear cross-traffic alert, automatic emergency braking, and LED steering responsive headlights. The Subaru Ascent starts at just $32,295, which is a price that you cannot find for any other midsized 3-row crossover with so many standard features. My nicely-equipped Ascent Limited trim, which adds on many desirable options, comes to an as-tested price of $43,595 and starts at $39,595 before option packages and a destination fee of $1,050. 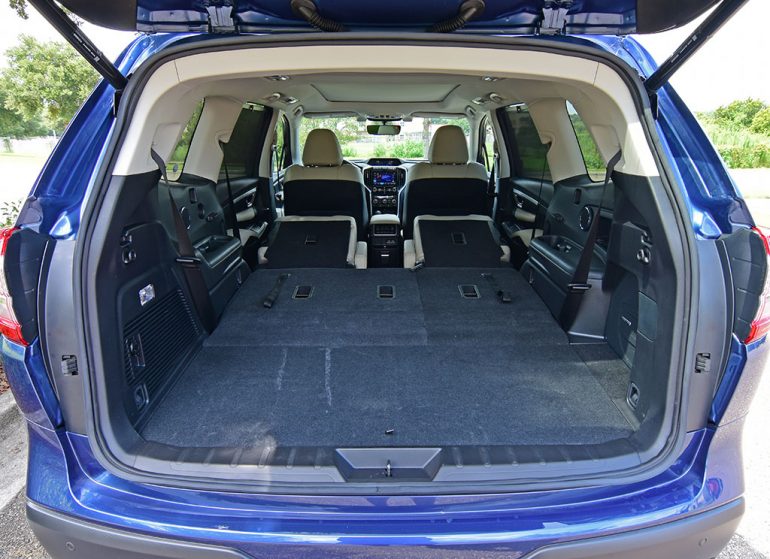 Did you miss our previous article…
https://speedprocares.com/?p=440

Hyundai Motor UK and Volkswagen UK have announced partnerships with eDynamix as part of efforts to automate and streamline their dealers’ aftersales customer service.Did you miss…