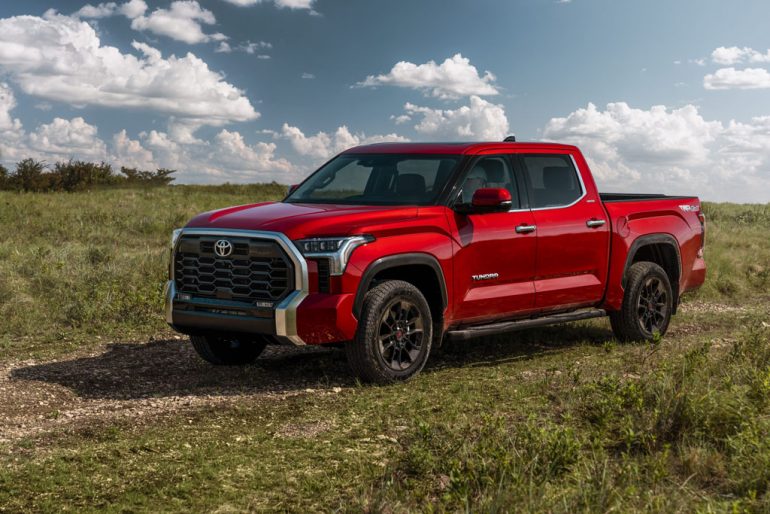 In a way, the Toyota Tundra has always been an underdog. While it never captured record-breaking sales mostly because the Ford F-150 retained that status for as long as I can remember, the Toyota Tundra was always a prized truck for those who owned one long enough to attest to its durability and unmatched reliability. To remain relevant, because the Tundra was getting pretty old, Toyota has introduced the completely redesigned 2022 Toyota Tundra with new powertrains departing from the V8 formula that has worked for them since its initial introduction.

Everything is new in the 2022 Tundra. In fact, Toyota hasn’t reused one bolt in the redesigned Tundra giving them the room to truly innovate and be competitive in the full-sized truck segment. Innovate they did! Toyota may have taken a few pages from other truck makers but done such on its own terms with a premium cabin surrounding the center focal point of a 14-inch infotainment touchscreen, an optional 12.3-inch driver’s digital gauge cluster on the higher trims, and the biggest change being a pair of V6 engines, one being a hybrid powertrain. 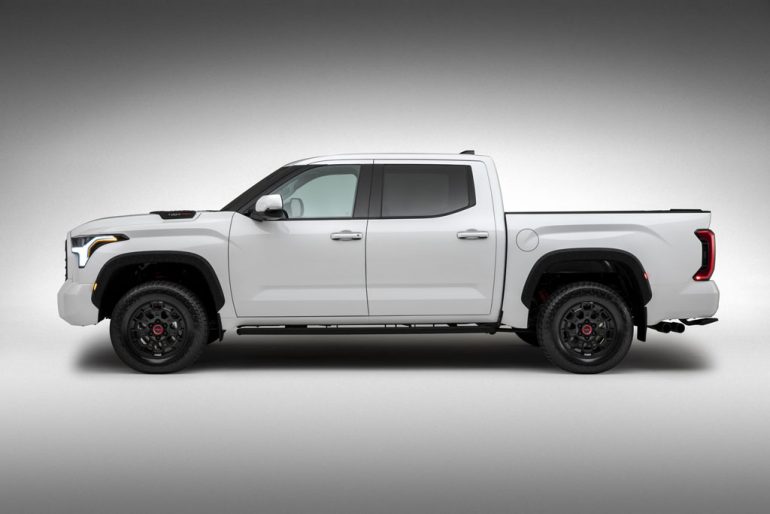 Powering the new 2022 Toyota Tundra is either a twin-turbo 3.5-liter V6 that’s good for 389 horsepower and 479 lb-ft of torque or a hybrid setup (iForce MAX) using a reworked version of the V6 but matched to an electric motor for a total power figure of 437 horsepower and 583 lb-ft of torque. Both engine configurations are mated to a 10-speed automatic transmission and can tow up to 12,000 pounds in certain trim models. Max payload gets a bump over the outgoing model to now support up to 1,940 pounds. 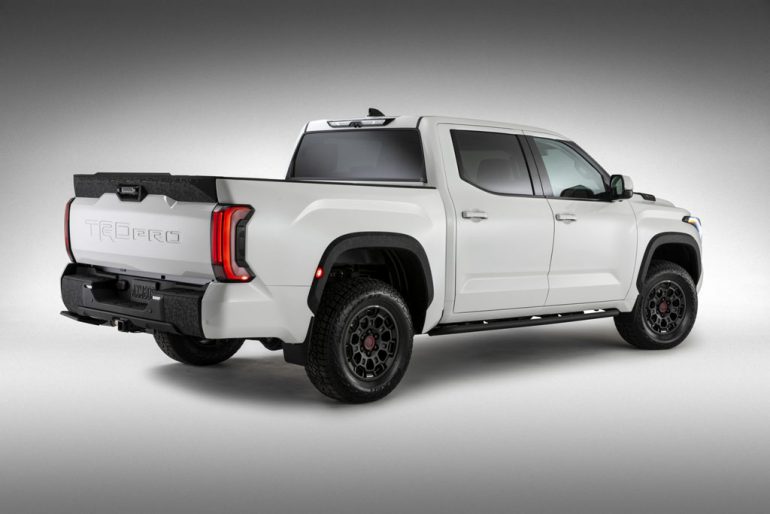 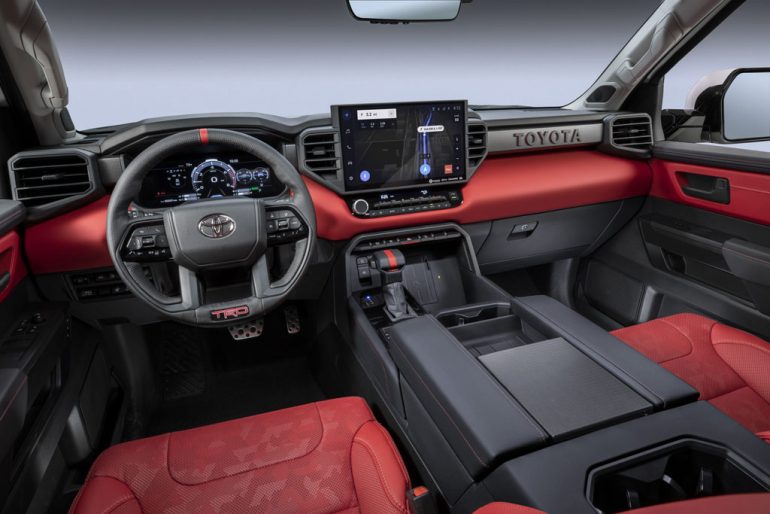 Large buttons and knobs are still a welcomed theme throughout the new Tundra’s interior where everything is reworked to fit a more modernized mold for the full-sized truck. The same trim levels from before are back (SR, SR5, Limited, Platinum, 1794, and TRD Pro) where the upper trim levels, such as the TRD Pro models will have the more powerful engine, the hybrid unit. Toyota is looking to tout the hybrid drivetrain more as a top-tier powertrain that happens to provide more power, instead of a fuel-sipping unit that concentrates on fuel economy. Though, once the numbers are finalized, could see the new Tundra having best-in-class fuel economy or close to it, which would be a refreshing thing considering how thirsty the outgoing V8 was. 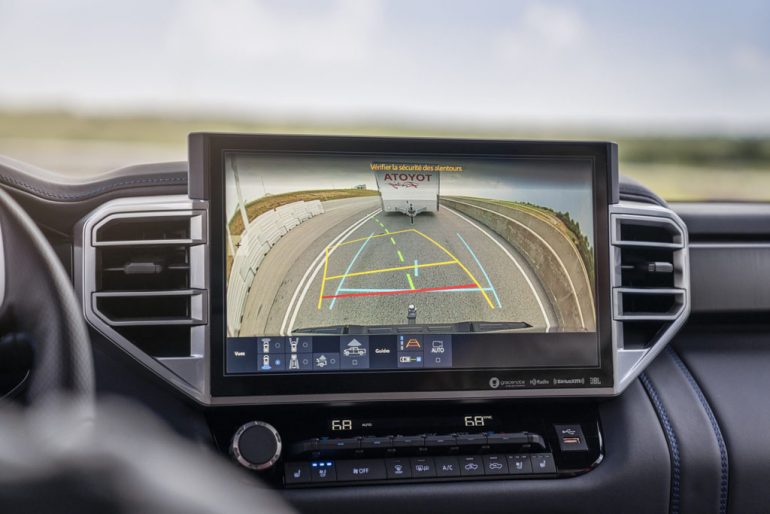 The new 2022 Toyota Tundra will be built at Toyota’s factory in San Antonio, Texas, the Tundra’s proper home base. Pricing and fuel economy numbers will be released closer to its arrival date expected in a couple of months with a slight delay in the release of the Tundra Hybrid trims.

Did you miss our previous article…
https://speedprocares.com/?p=670