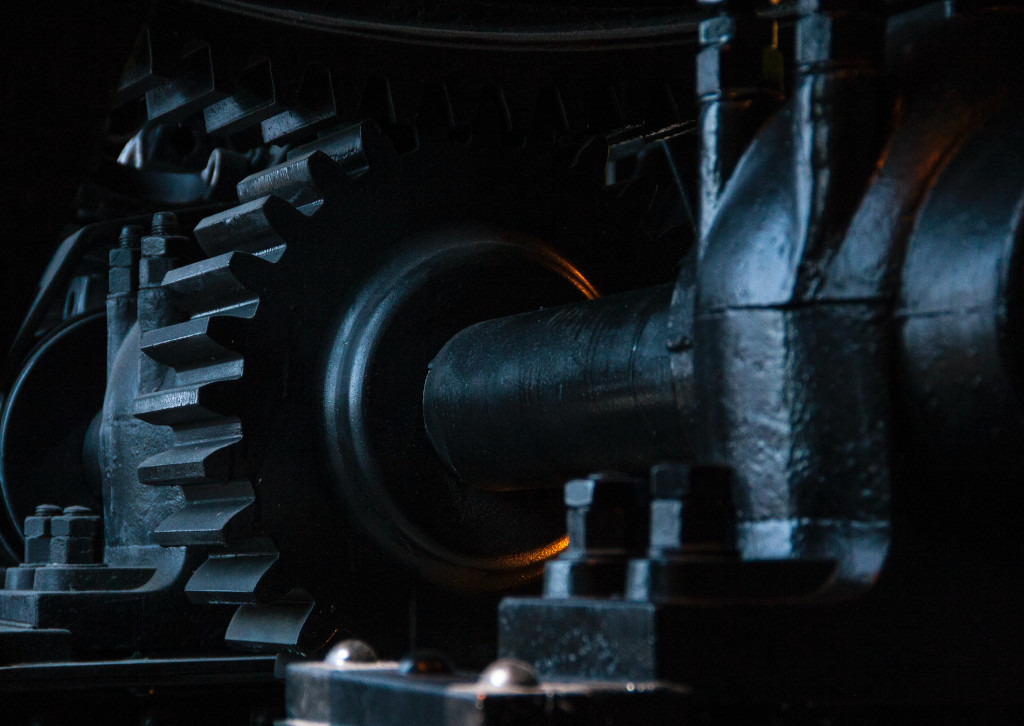 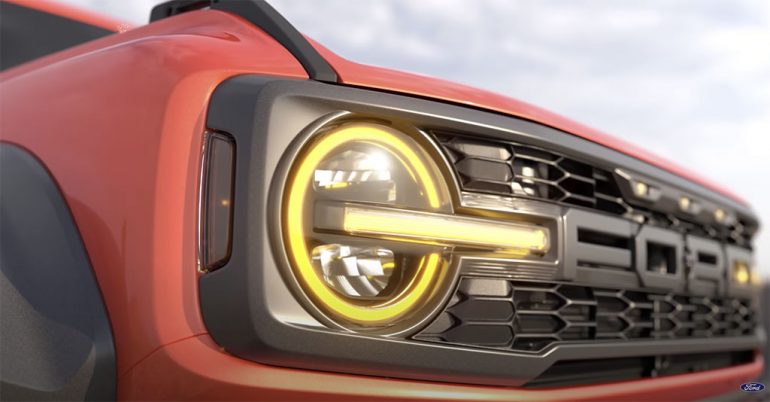 We recently had the opportunity to experience the new 2021 Ford Bronco in all its Sasquatch off-roading package’s glory. We enjoyed the 2.7-liter turbocharged V6 engine and the Bronco’s nearly unmatched cohesiveness that we thought put it slightly over the top of the current Jeep Wrangler. Not to mention, the Bronco was the more agreeable and compliant vehicle to drive on road. To elevate things and compete with the Jeep Wrangler 392, Ford is confirmed to be bringing us the 2023 Bronco Raptor, a performance-injected beast that’s slated to take many traits from the F-150 Raptor.

The 2023 Ford Bronco Raptor will embody extreme characteristics and take pages that the F-150 Raptor has inked into the world of hardcore performance off-roading vehicles. What we also know is the Bronco Raptor will ride higher than the current Sasquatch-equipped Bronco, feature advanced live-wire adaptive dampers, beefed-up axles, 37-inch all-terrain tires, and best of all – the 3.5-liter twin-turbocharged V6 from the new F-150 Raptor with 450 horsepower and 510 pound-feet of torque paired up with a 10-speed automatic transmission. 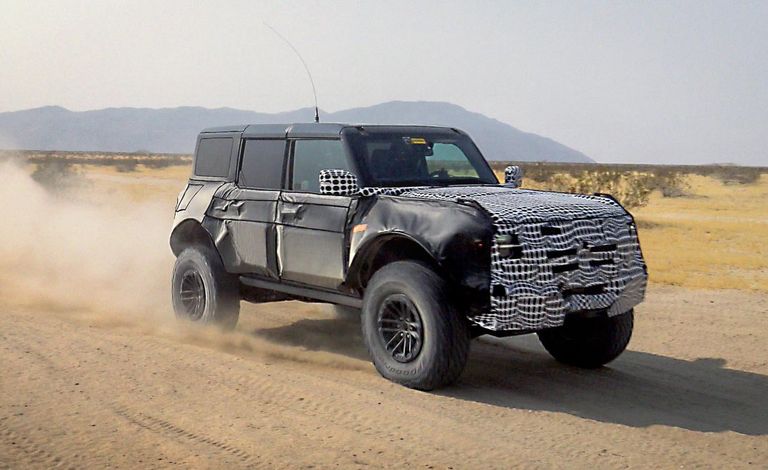 We suspect that the new Bronco Raptor will only be available in hardtop four-door configuration considering it will tout a wider track than the current Bronco along with wider finders to encase those larger wheels and tires. Moreover, the marker lights that we see on testing photos of the Bronco Raptor are an indication of the vehicle being at least 80-inches wide, which is the limit for requiring such lights. 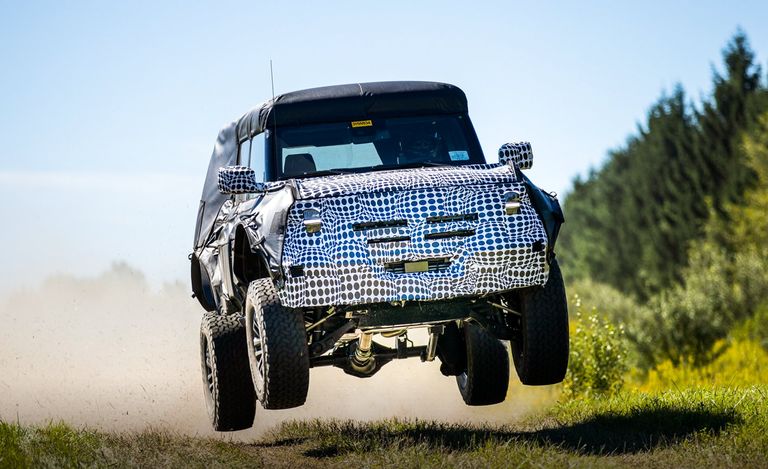