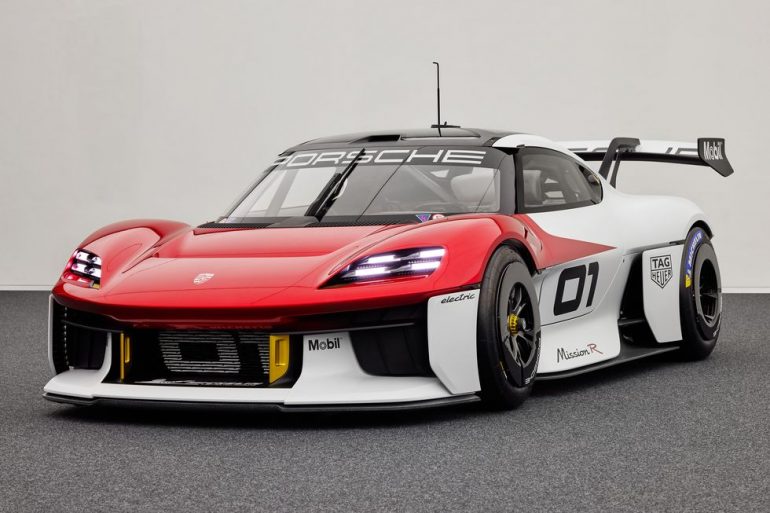 Just like the British were coming to put up a fight during the founding tribulations of America, electric cars are coming in hot and heavy – only the Germans have intercepted the attack on the performance sports car and consumer race car front by introducing the Porsche Mission R Concept.

The new Porsche Mission R Concept is something no one really expected – something that fancies a newfound interest in electrification of performance cars for those diehard motorheads who seem to never part from their fuel-burning beasts. The Mission R looks to be a literal “Mission” that Porsche has set out to expand their electrification and garner the proper attention that is necessary to bolster EVs in the near future. 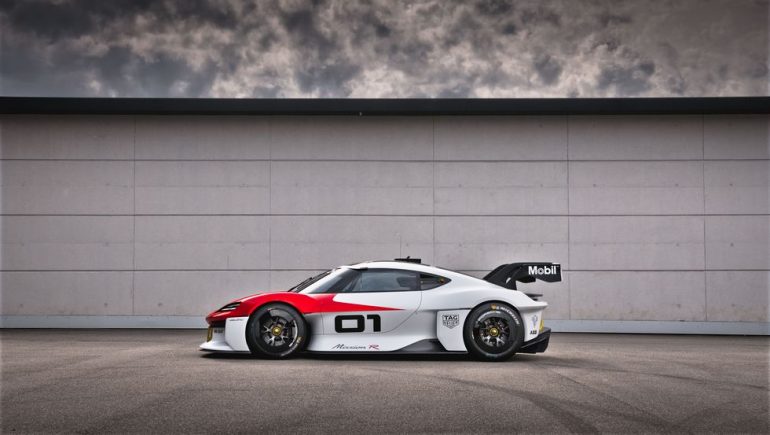 The Mission R looks the part of a Porsche but in a consumer race-ready variation to intro a series of high-performance production cars that may very well be fun. Many of us enthusiasts have balked at the idea of performance EVs, and rightfully so. Let’s face it, you really don’t get much gratification over the new Tesla Model S Plaid other than its earth-moving acceleration. Otherwise, it’s just a computer on wheels, be that it is a really fast one that out accelerates everything on the road – it’s still as boring as watching paint dry. Yes, I said it! 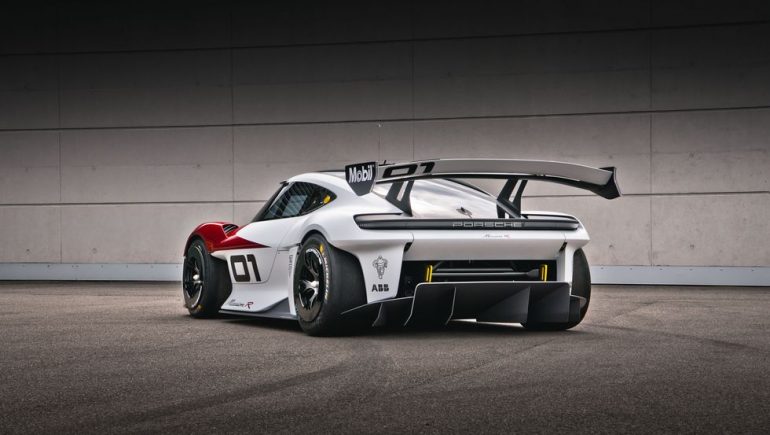 Porsche, a brand that I would be willing to bet is one that can make EVs exciting, is off to a good start with what we see here in the Mission R Concept looking the proper part of helmet and fire suit fun. As a race car for the able-pocketed customer, the Mission R Concept touts 1,073 horsepower in a special “qualifying mode” and is then reserved to 671 horsepower in its “normal” race mode. That electric current is sent to all four wheels through a 900-volt architecture and two motors, the front axle motor with 429 horsepower and the rear with 644 horsepower in the Qualifying Mode. In race mode, the power is decreased accordingly.

The battery to supply the “power” is a 80-kWh unit that should offer 30 to 45 minutes of track time before a recharge is needed, which is said to take just 15 minutes to charge from a 5% state of charge all the way up to 80%. When the unit is charged you’ll expect to churn out a 2.5-second dash to 60 mph and hit a top speed of 186 mph. What some speculate as a reimagined 718 only in EV race car form, the Mission R should match or better lap times of a current 911 GT3 Cup car. 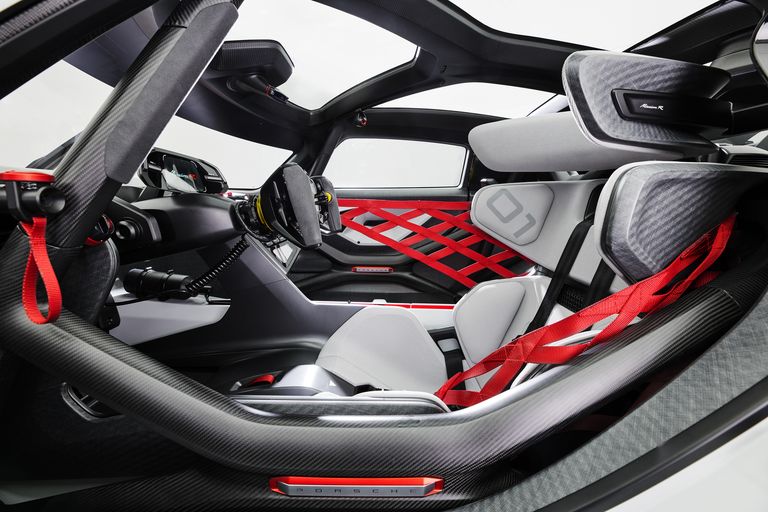 From the many race-centric bits made out of natural-fiber-reinforced plastic, a unique race seat, and a driver-focused cockpit, the Mission R looks like something out of science fiction novels but is in fact a “real” prototype currently undergoing testing. As far as the Mission R reaching production, we’re pretty certain Porsche will birth something from this electrifying project for 2025-2026 as we think it’s a preview of the next-generation Cayman and Boxster. Now, we’re wondering where things go as far as an electrified 911 – things only get better from here. We just wonder how endurance racing is going to work with this new EV thing. Just imagine the possibilities!!!