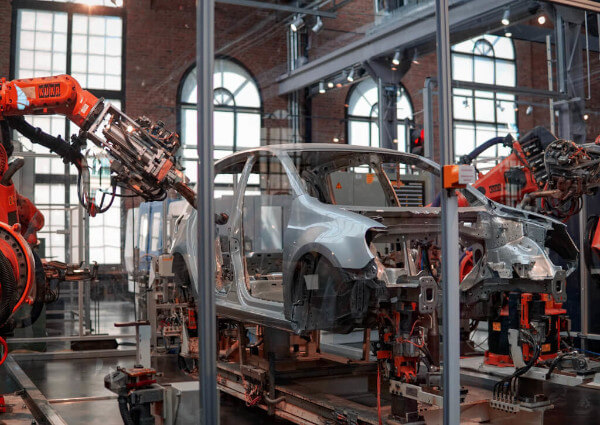 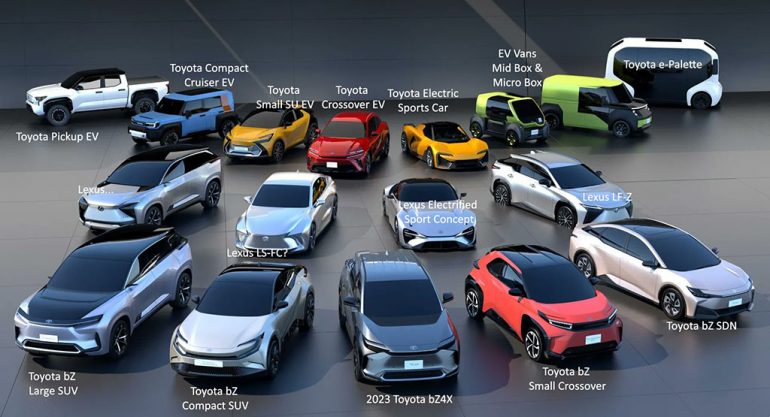 I thought it was prudent to break away from our test drives and new-car previews to bring you a bit of automotive news fresh out of the mouths of our friends at Toyota who have made plans to spend as much as $70 billion overall on an electric push to take on Tesla and other forthcoming EV forces from other automakers.

Toyota, as the world’s biggest automaker, has set a wild goal of launching 30 new BEVs between now and 2030 that brings them to an ultimate goal of reaching 3.5 million global EV sales when this plan concludes.

To reach such a goal, Toyota plans to invest heavily in battery technology where they plan on spending between $4.4 billion and nearly $17.6 billion. Overall, Toyota is poised to spend $70 billion to electrify their lineup for both Toyota and Lexus!

As you may have noticed, the featured image here demonstrates the vast lineup of EVs that we could see come out of Toyota and Lexus in the upcoming few years. Don’t let the names confuse you, those are just a start to give each model something to identify it for the interim.

Yes, there’s also some sporty variations in the mix with full-on sports cars, which makes us excited. Moreover, the new Toyota EV push could spark a new aggressive wave from other automotive manufacturers as Toyota is known to be a methodical giant in the automotive world and their carefully calculated chess moves ultimately keep them in a top tier position as the largest, or one of the largest, automakers in the world.

We expect on the Lexus side of things for the new Lexus RZ 450e to be the first EV to get things started towards a full BEV-only Lexus lineup by 2035. We look to have some specifications on the new Lexus RZ for its hybrid model and all-electric variation that we should see next year.

Did you miss our previous article…
https://speedprocares.com/?p=2581